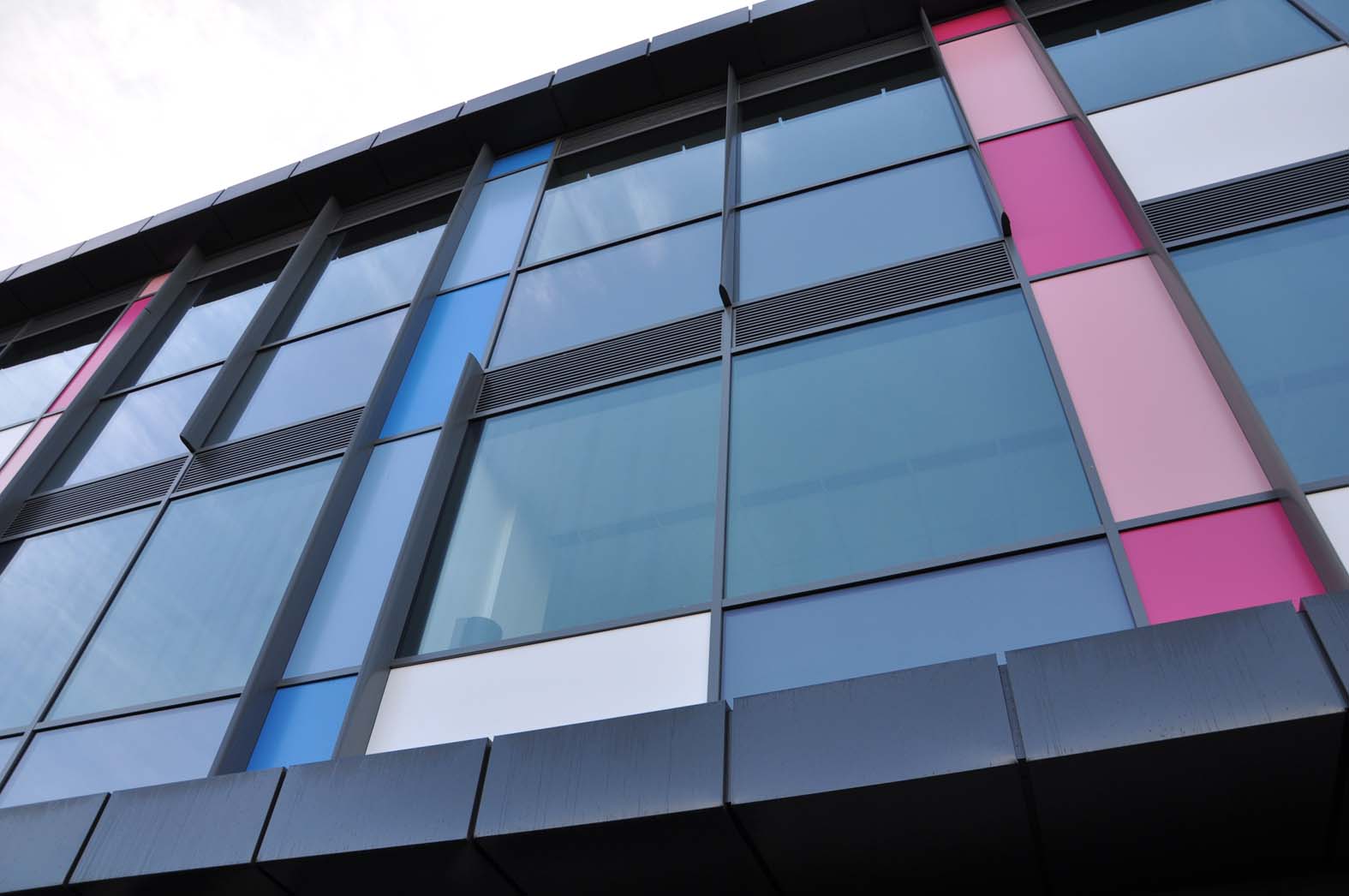 Multi-coloured Aluglaze panels from Panel Systems were used to create a striking futuristic façade to this new school building in Durham.

The teaching blocks were constructed using a series of powder-coated Aluglaze aluminium panels in five complementary colours, which were fixed into the framing system as window infills. This not only maximized the amount of available light, but the double-sided design of the Aluglaze panels meant the striking complement of colours could be seen from both inside and outside of the building.

The construction of the panels has created a contemporary and striking façade that reflects an exciting new era for this forward-thinking school.

Royal Birmingham Conservatoire
Mount Earl Gardens
Wellcome Genome Campus, Conference Centre
Ashton 6th Form College
Rathbone Square
Student Club House
Vijay Patel Building, De Montfort University
Newcastle Homes
City Campus at Canterbury Christ Church
Technical enquiries
Join CAB
We use cookies to ensure that we give you the best experience on our website. If you continue to use this site we will assume that you are happy with it.Ok