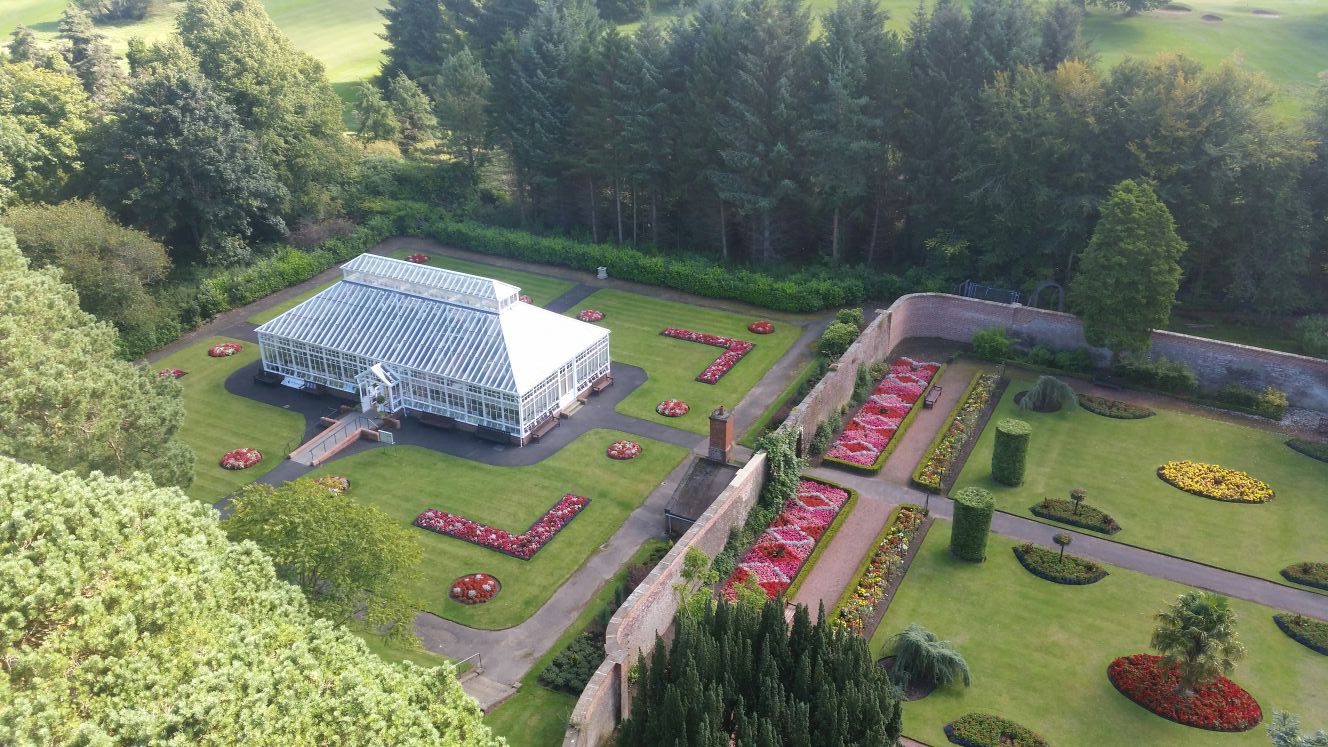 System
Richardson and Starling contacted Dyer in 2015 as the high level window opening system required automation. Dyer proposed a solution which retained the original wrought iron system of connecting bars and rods. We replaced the rusting winding assembly with rack and pinion actuators.
A D+H natural ventilation control panel (GVL range) was installed to provide the power supply and automation functions of the system through internal thermostats and an externally mounted rain sensor. Parts and wiring were carefully selected to compliment the traditional framework and reduce the visual impact. Our engineers calibrated the actuators to ensure that the windows could open freely and silently.
Plant conservation is paramount, the windows operate automatically depending on temperature but the Belleisle staff can also open and close with a simple switch.
In 2019 Belleisle Conservatory Ltd again contacted Dyer to ask if we could automate the low level windows and a similar system was installed. The alpine plants require special attention so the adjacent bank of windows are controlled independently.